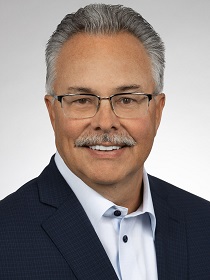 Alcami Corp. has plans for expansion and will continue its hiring trend in the Wilmington area, according to Patrick Walsh, who was recently named the company's chairman and CEO.

The company's board of directors appointed Walsh to the positions Thursday, effective immediately, according to a news release.

Walsh said Friday he plans for the Wilmington-headquartered global pharmaceutical contract development and manufacturing organization (CDMO) to continue to stay its course under his leadership and grow.

"If you look at our industry right now, the contract service business has never been better. The whole industry, the market itself, is growing at a pretty impressive growth rate, and we're one of the few standalone contracts service providers offering significant scale of analytical depth and capacity for manufacturing, whether it be small, emerging biotechs, or global pharma clients," Walsh said.

"And there's this unprecedented period right now where pharma companies around the world are looking to bring back their projects to U.S.-based assets to really return to American manufacturing resources," he said.

Walsh said his job is not to create a new mission for the company but to "continue to expand and bring that name to customers and continue doing the good work that its known for."

Among that work, Walsh said he and other company officials are planning for growth across many Alcami locations, including at its headquarters in Wilmington.

Previous management had announced a change from its Wilmington headquarters to Raleigh headquarters in 2017. According to Walsh, however, that change never happened, other than the CEO at the time moving to Raleigh.

"The company never affected any change and always remained as a global headquarters in Wilmington," he said.

Walsh is currently based in the Raleigh-Durham area but will be spending considerable time in all locations, including Wilmington, as part of his new CEO role, he said.

"The Wilmington location has and always will be the headquarters of Alcami," Walsh said, adding that over half of the company's employees are based in Wilmington and it's where Alcami was founded.

A $2 million investment into the Wilmington headquarters to expand its oral solid development and manufacturing capabilities has been completed, Walsh said. And other expansion plans are expected to be announced soon, he said.

"We just brought in a new roller compactor and are adding additional packaging and manufacturing capabilities. We also plan to expand the laboratories that are in the headquarters building," he said.

Company wide, there are currently nine major capital projects ongoing for Alcami, including the building out of its laboratory space in the Raleigh area. The company is exploring additional space in Wilmington, Durham and Charleston, Walsh said.

Further details about those expansion plans will be released at a later date, he said.

"Business is good, and customers continue to return to the company year after year. So we will continue to expand to meet the services that they require," he said.

Since June, Alcami has added about 115 new employees to the company, with a third of those added to the Wilmington site.

"About half of our employees reside in Wilmington," Walsh said. "I think there are roughly 850 employees, and a little over 400 are based [in Wilmington]."

There are another 35 positions open in Wilmington, he said.

Walsh brings a "depth of industry knowledge and leadership experience that will support Alcami’s strategic efforts to continue to add scale in attractive growth markets and deliver high-quality services to the pharmaceutical industry," he said.

Walsh has taken on the leadership role with Alcami following Walter Kaczmarek III, who stepped down from the CEO role, officials said in the release. Walsh said Friday that Kaczmarek is no longer with the company.

The news about Kaczmarek comes after he served more than nine months in the leadership position. Kaczmarek's former role with Alcami was announced in June.

Walsh, before joining Alcami, was co-founder and CEO of TriPharm Services, a parenteral manufacturing business that was acquired by Alcami in January 2020, stated the release.

Walsh was also previously the CEO of Avista Pharma (2015 to 2019), a private equity-backed global provider of contract manufacturing, development, and analytical testing services.

Walsh also served as CEO of AAIPharma Services Corp., a predecessor company to Alcami, from 2010 to 2014, "leading the company through an impressive growth trajectory, culminating in the sale of the company," stated the release.

He currently serves as chairman of ANI Pharmaceuticals, a director at Landec Corp., and a director at Industria Chemica Emiliano, officials said.

"I have long-admired Alcami for its excellent regulatory track record and ability to solve complex product development and manufacturing challenges," Walsh said in the release. "I look forward to working with the talented team at Alcami as we continue to expand its footprint and build upon its services offerings."