In Downtown Wilmington, History On The Move 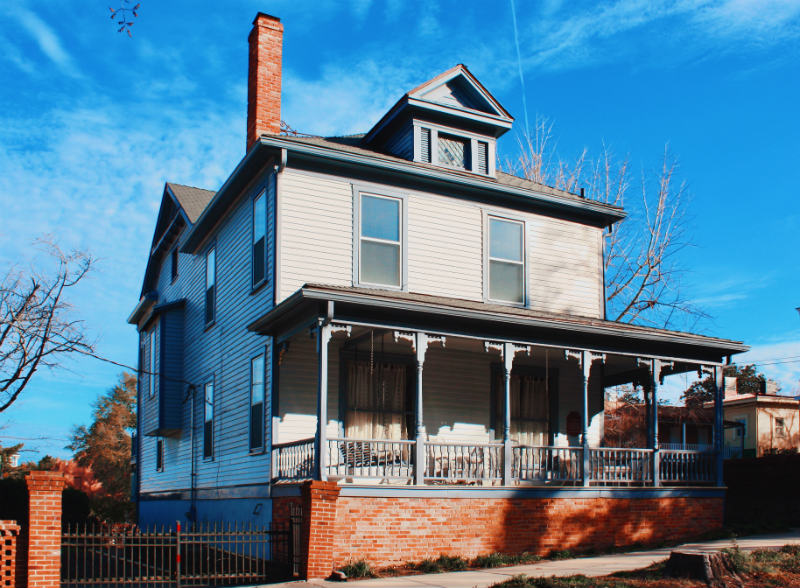 The Historic Wilmington Foundation (HWF), which began in 1966, is moving to its new office at 211 Orange St., according to an announcement.

"After nine years as tenants of the former caretaker’s cottage in the National Cemetery at 2011 Market Street, HWF has purchased for its headquarters a two-story Queen Anne built in 1912 and plaqued as the William E. Worth House," a news release stated.

The foundation bought the property for $375,000 in December from the Walter M. Bullard Jr. revocable trust, according to New Hanover property tax records.

The Orange Street structure is about 2,700 square feet.

"As the property is a historic house, HWF is honoring that integrity by not making changes to the floor plan," said Beth Rutledge, executive director of HWF, in an email Thursday. "We are thrilled to at last have a dedicated archives, a conference room that will allow us to hold board meetings and volunteer committee meetings onsite, offices for our staff and some space for what the next 50 years may bring."

Since the organization began as an offshoot of the Lower Cape Fear Historical Society, HWF has been in a variety of buildings. They include the Dudley Mansion; the basement of the DeRosset house (City Club); and at the manse at St. Andrews (now the Brooklyn Arts Center).

Thanks in part to an anonymous donor, the release stated, HWF is returning to the heart of historic downtown Wilmington.

“211 Orange is an opportunity to help us deepen our roots as we grow our branches. And it is fitting for us to be right behind the Latimer House, where HWF’s story began 54 years ago as a spinoff of Lower Cape Fear Historical Society,” stated Beth Rutledge, executive director of HWF, in the release.

The decision to move, according to the release, was guided by the organization’s desire to be closer and more connected to the historic community.

“We want to lead by example; for our neighbors and members and Legacy Architectural Salvage customers to see that we understand what it’s like to care for an old house,” Rutledge said.

HWF’s mission is to preserve and protect irreplaceable structures and locations in Wilmington and the Lower Cape Fear region. According to the release, the nonprofit’s initiatives include the Azalea Festival Home Tour, scholarships for high schoolers through the Impact of Preservation speech contest, Florence Fix-It Grants, workshops at Legacy Architectural Salvage, Tar Heels Go Walking tours for third-graders and the historic plaque program.

With events still on hold, nonprofits move to virtual fundraisers