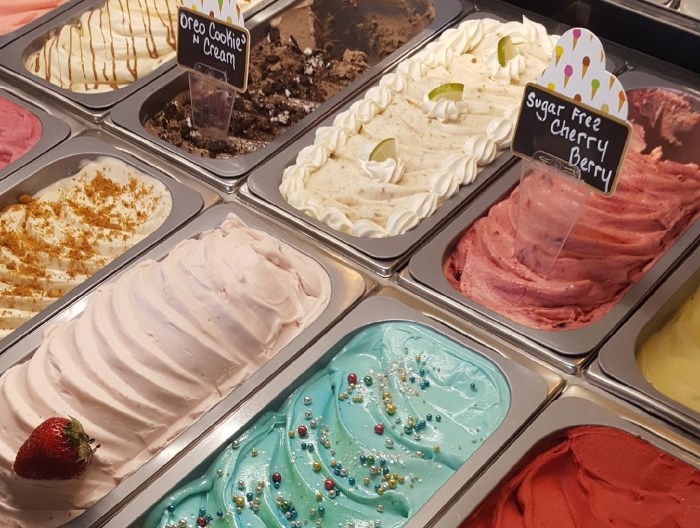 Unlike years past, however, Shaffer said the summer season really started with spring break.

“We saw a big uptick in business with spring break and it hasn’t slowed down since,” Shaffer said. “It’s shaping up to be a tremendous summer.”

Shaffer said when the beaches were closed and everyone was under stay-at-home orders last spring, Latella felt the impact immediately. Just as they were gearing up for their busiest months, the five to six months that carry them through the rest of the year, everything came to a grinding halt.

“To be honest we weren’t sure we were going to make it,” Shaffer said.

But thanks to a PPP loan and some additional financial support available to small businesses, the shop remained open. Last summer was far less busy than a normal summer, Shaffer said, but it was enough to keep them going.

Now the biggest hurdle Dietrich and Shaffer are facing is staffing. Like many area businesses looking to hire additional workers for the summer season, Latella is finding it hard to find reliable help to cover all the shifts necessary for them to operate seven days a week.

"Fortunately, we do have some staff that have been with us for several years, and some new high school students who are very eager to work and willing to learn,” Shaffer said.

Despite having nearly 500 flavors in their rotation, Dietrich and Shaffer continue to experiment with new flavors, gaining inspiration daily from customer requests, Food Network shows and simple things like trips to the grocery store or farmer’s market.

“We like creating unique flavors which customers may not have seen before,” Shaffer said.
In order to accommodate those with special dietary needs, Latella always has one sugar free option available, as well as several vegan flavors such as dark chocolate, Key Lime pie, mint chip and mixed berry.

Latella also specializes in wine-infused gelatos, as well as some infused with extracts that can mimic the flavors of spirits such as rum, whiskey, but yield a non-alcoholic product.

Latella serves its gelato in three sizes and can package any flavor by the pint to go. They also serve fresh fruit smoothies with a choice of Greek yogurt or gelato, gelato shakes, dairy free slushies and sundaes.

Summer hours begin this Friday, when Latella will be open from 11 a.m. to 10 p.m. daily. Check out Latella’s Facebook page for a daily flavor video.

Manufacturers in the area are working together to address concerns the industry is facing....