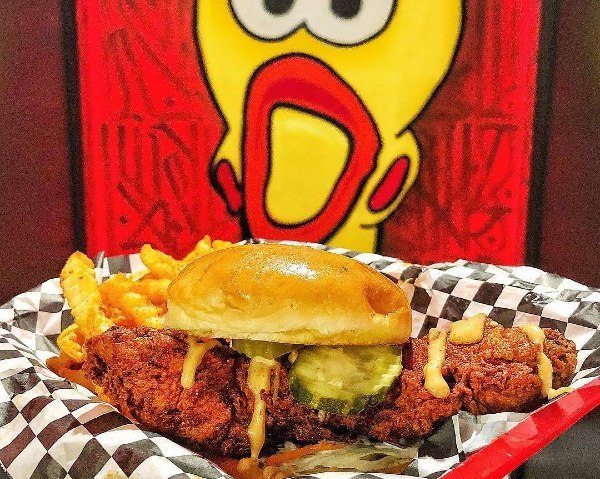 The fast-casual restaurant chain will mark its first location in North Carolina – and on the East Coast – when it opens in Wilmington. Soon after Dave’s plants its flag at Independence Mall, it will open a restaurant in Raleigh.

Morrisville, North Carolina-based franchisees Russell and Loreen Hansen plan a total of 10 locations in the state.

Within the mall complex, Dave's Hot Chicken will occupy the 2,384-square-foot end-cap space adjoining First Watch, as part of a row of eateries.

“We hope to be open in late December or early in the new year,” said the franchisee group’s operating partner Katie Winegard. “Right now we’re working on permitting and our supply chain.”

Dave’s Hot Chicken now has spread to the Midwest, Texas and Ontario, Canada, as well as California and Oregon. Its restaurants feature colorful, street-art graphics and large images of its trademark chicken.

Specializing in hot chicken tenders and sliders, with spice levels ranging from “No Spice” to “Reaper,” each restaurant also serves sides of house-made kale slaw, creamy mac and cheese and crispy fries or cheese fries.

Winegard said that the Hansens are also Blaze Pizza franchisees, with one location in Wilmington.