First Edition: A View From The Start

By Joy Allen, posted Feb 7, 2020
Tweet
Editor’s note: The Greater Wilmington Business Journal first hit the stands 20 years ago, in February 2000. To mark the anniversary founder Joy Allen, who served as publisher until selling the Business Journal to current publisher Rob Kaiser in 2007, shares her thoughts on how and why she started the publication. 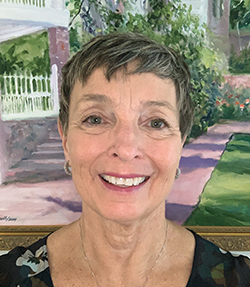 I visited Wilmington for the first time on a whim in 1993 and instantly fell in love with its beautiful historic district, charming riverfront and nearby beaches. Looking back, I now realize that the vision of what the city could be and was in the process of becoming also captivated me and contributed to my decision to move here.

Eventually, my enthusiasm for and desire to participate in the evolution of Wilmington would motivate me to launch the Greater Wilmington Business Journal.

At the time I first discovered the Port City, potential presented itself on virtually every central-city block in the form of vacant storefronts, empty lots and historic homes in need of repair. However, jobs in my field, as in many others were scarce. The pay scale was woefully below what I had earned in New York City. Consequently, I realized I would have to create my own opportunity in order to make Wilmington my home. 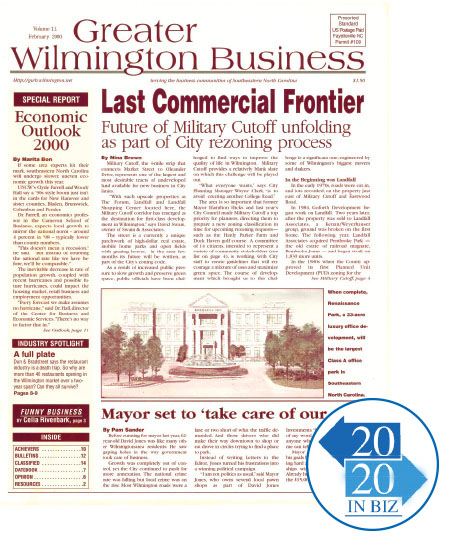 Initially, I created a one-woman graphic design and marketing company, which I operated out of the front parlor of my home. It’s worth noting that prior to moving here, I had already made investments in the community: I partnered in the restoration of two historic houses, one of which became my residence and home office.

When I started my business in 1995, the World Wide Web was in its infancy, so I learned to write HTML code and added website design to my services. In other words, I seized an opportunity to fill a need.

By 1999, I had recognized another need. In-depth news coverage of our burgeoning business community did not exist, nor was there a vehicle for targeted business-to-business advertising.

I took the plunge into that void by launching the Greater Wilmington Business Journal in 2000.

I have shared these details of my personal story as a Wilmington businesswoman because my experience is by no means unique. As the publisher of the Business Journal, I met a multitude of people who, like me, gravitated to Wilmington because of what it had to offer and also what it was lacking.

The city provided an irresistible quality of life, making it a very desirable place to live and work. This, coupled with missing pieces in the business sphere created extremely fertile ground for entrepreneurship.

I created the Business Journal to chronicle the outgrowth of these conditions and to capture an exciting time in the history of our town.

As Wilmington has continued to grow, so has the Business Journal under the leadership of Rob Kaiser. I am proud that the publication has firmly established itself as a vital player in the local business community.

Joy Allen lives in Wilmington and currently serves as executive director of The National Society of The Colonial Dames of America in the State of North Carolina.

When the owners of Blue Surf Café decided to expand to another location, they wanted it to reflect an evolution into a more full-service res...