Up Next For Project Grace: LGC Vote 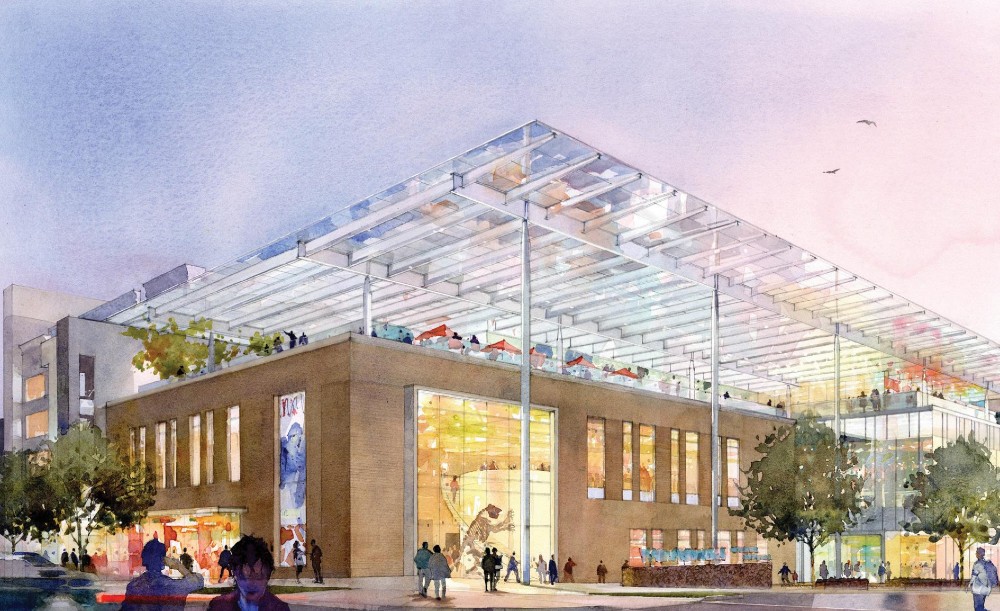 A previous rendering of the new Cape Fear Museum as envisioned by LS3P and county officials. (File rendering)
A downtown mixed-use redevelopment in the works by Zimmer Development and New Hanover County will be up for a vote by the Local Government Commission in July.

The LGC's task will be to decide whether to approve the Project Grace lease agreement between the county and Wilmington-based Zimmer, a development company whose projects over the years include Wilmington's Mayfaire area.

The plan for Project Grace is to transform a 3-acre block in downtown Wilmington, bordered by Grace, Third, Chestnut and Second streets, into a new main branch for the New Hanover County Public Library and new Cape Fear Museum, along with private investment in the form of residential units and commercial space.

On Monday, the New Hanover County Board of Commissioners approved changes to the agreement the county made with Zimmer regarding the funding and other aspects of Project Grace.

The changes include the base rent for the Cape Fear Museum and library being reduced from $4.5 million to a little over $4 million annually, to be paid to Zimmer over 20 years. After that period, the county would own the facilities. The reduction comes from the removal of $7.5 million from the developer’s budget for the design and fabrication of Cape Fear Museum exhibits.

Other changes to the memorandum of understanding include: According to a county news release, county officials have "kept LGC staff informed of the project and the financial framework throughout the process, and the [July 12] meeting will be the formal submission for consideration. If approved, permitting for the library and museum building will be finalized and construction will begin in August or September."

After county plea, treasurer ‘neutral’ on whether Project Grace gets vote next meeting