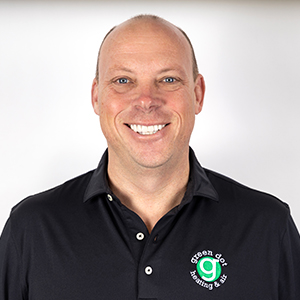 Once the weather turns colder, nothing sounds more appealing or inviting than the warm ambiance created by a fireplace. The images associated with fireplaces — stockings hung over a mantel, friends gathered around with cups of hot cocoa — are so deeply embedded in our culture that it is hard to imagine a high-end home without one.

Of course, the reason an unvented gas fireplace is so efficient is that none of the heat is vented through the flue: it stays right there in the room where it was produced. This is why the manufacturers are able to make such lofty claims.

By means of comparison, some of the highest efficiency condensing furnaces that are available out there have an efficiency rating of around 95 percent. Some of the more standard induced draft furnaces have a rating of around 80 percent, which means that, when the gas is burned to produce heat, 80 percent of the energy in the gas ends up as heated air inside the home, whereas 20 percent of it goes up the flue.

On the surface, the unvented gas fireplace would seem to be the clear winner. An efficiency difference of four percent or so may not sound like much, though it could certainly add up over time. However, this is an unfair comparison between the two products, since they operate in different ways.

The combustion efficiency of both products hovers around 100 percent, because the result of the reaction is that almost every methane molecule combines with two oxygen molecules, producing one carbon dioxide molecule, some heat and two water vapor molecules. The thing is, those water vapor molecules contain a lot of energy, and when it’s condensed, heat is produced.

Condensing furnaces use a secondary heat exchanger to condense the water vapor and ensure that heat isn’t wasted. By contrast, the efficiency rating of an unvented gas fireplace does not even take the latent heat of the water vapor into account. When discussing natural gas as a fuel for heat, it’s necessary to understand that it has two heating values, the Lower Heating Value and Higher Heating Value. The Lower Heating Value refers to the heat produced from combustion and the heat that is recaptured through the combustion products returning to their original temperature, without condensing the water vapor.

The Higher Heating Value includes all the components associated with the Lower Heating Value. The key difference is that it takes the heat that comes from condensing the water vapor into account. This makes a huge difference, because if the efficiency metrics for unvented gas fireplaces were reported taking the Higher Heating Value into account, the ratings would only be around 91 percent. In this example, a condensing furnace with an efficiency rating of 95 to 98 percent would net around four to seven percent more heat than an unvented gas fireplace would from the same amount of fuel.

That may not seem like a lot, but four to seven percent can make a big difference over time. And all of this is not even considering that states such as California, which often leads the way in terms of consumer protection, has banned unvented gas fireplaces altogether. Some of the chief concerns are centered on indoor air quality, since unvented gas fireplaces cycle combusted gasses back into the air. Though these gases are considered by many to be within acceptable safety ranges, the fact that many units have an automatic switch-off if oxygen levels get too low should be a cause of concern.

To schedule a consultation and learn more about the differences between unvented gas fireplaces and condensing furnaces, please call 910-791-0480, text 910-612-0052, or email [email protected].


Chris Jones and the team at Green Dot HVAC are committed to provide their clients with a consultative, transparent approach, driven by innovative technology and a diligent work ethic.  With a team of highly trained and versatile technicians, a focus on helping clients make informed decisions, and a commitment to deliver substantial value, Green Dot HVAC is a leader in the Southeast North Carolina marketplace.  To arrange a free at-home consultation, a repair/installation or simply find guidance about the nuances of modern heating and air conditioning systems, call 910-791-0480 or text 910-612-0052.

Other Posts from Chris Jones

How To Prevent Winter Home Fires

Things To Know Before Installing A HEPA Filter

Are Back-Up Generators A Necessity In The South?

Strategies For Increasing Energy Efficiency In A Home

Save On Cooling/Heating With Dual Zone HVAC Systems

How To Protect Your HVAC From Hurricanes