Is Sitting Killing You?

This lifestyle is wreaking havoc on our health. A 2010 American Cancer Society Study, published in the American Journal of Epidemiology, followed 123,216 individuals (69,776 women and 53,440 men), from 1993 to 2006 and found the following: that women who were inactive and sat more than six hour a day were 94 percent more likely to die during the time period studied than those who were physically active and sat less than three hours a day. Men were 48 percent more likely to die than their standing counterparts. The scary part is that these findings were independent of physical activity levels, meaning that an hour a day of exercise does not offset the risks associated with hours spent in a seated position.

Why is sitting so bad for your health?

Immediately after you sit down, the electrical activity in your muscles slows down and your calorie-burning rate drops to one calorie per minute, a third of what it does if you are walking. Sitting for prolonged periods also can affect insulin sensitivity and glucose uptake, which can quickly lead to Type II diabetes. After a week of sitting more than six hours per day our bodies begin to see an increase in triglycerides, LDL cholesterol, and insulin resistance. This means that your muscles aren’t taking in fat and your blood sugar levels are elevated, directly leading to weight gain.

Continuing to sit for longer than six hours per day over the course of several years has been shown to lead to:

These numbers are petrifying. Sitting has become as detrimental as smoking due to its laundry list of associated medical issues and health ramifications. The good news is that most of these dangers can be avoided by adding movement to your daily routine on a regular basis. Here are some basic examples and strategies to offset your risk: 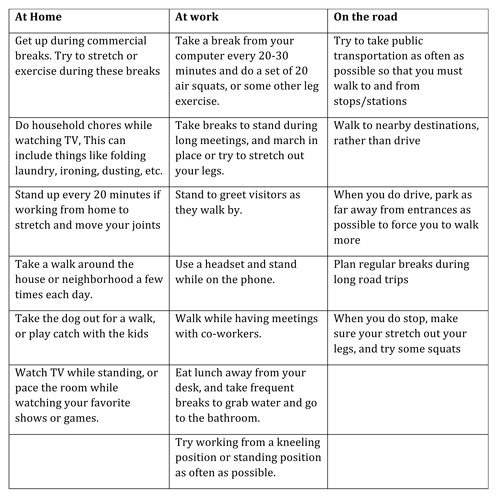 This is a serious issue that effects all of us. Take the time to protect your own personal health, and implement as many of these strategies as possible. Try your best to sit less than three hours each and every day and make sure you are adding regular exercise to your daily routine.

Chris McAbee is the founder and co-owner of Wilmington Performance Lab, a state-of-the-art personal training facility that offers a full range of services including nutritional counseling and corporate wellness. Wilmington Performance Lab was founded on the belief that personal training is not only about making physical improvements, but also building long lasting, quality relationships with partners you can trust. For more information, visit http://wilmingtonperformancelab.com or call 910-399-5441.

Other Posts from Chris McAbee

Managing The Aging Process: Will You Be Strong and Vigorous?

There’s No Time Like The Present To Start Exercising

Aging Well: The Importance Of Staying Active At All Ages

One Life, One Body

Where Is Wearable Technology Heading?

Personal Training In The Future: What Will It Be Like?

The Current State Of The Fitness Industry

How Balance May Be Affecting Your Golf Swing 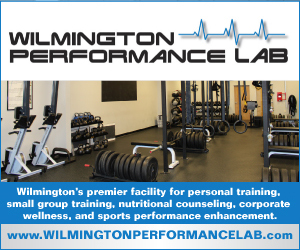