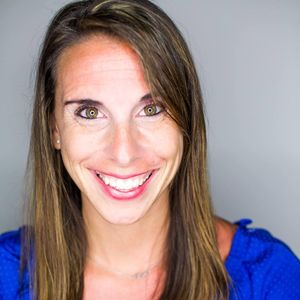 Extreme fuel prices are not new news at this point, but this article will cover why diesel costs are still elevated and continuing to rise, followed by a full truckload shipping industry update.

In mid-March, Washington gave companies 45 days to wind down existing contracts with Russian energy suppliers. Though the US is the world’s biggest oil producer, it still imports millions of barrels each day from other parts of the world, including 7.9% from Russia. On average, the US produces between 11,000,000 and 18,000,000 barrels a day. Russia produces the second most barrels a day at 10,500,000, and Saudi Arabia coming in third (or second depending on the day) at also around 10,500,000. The increased oil prices are a direct result of the world’s oil producers not being able to quickly absorb the removal of a good portion of Russia’s 10.5 million barrels of oil that they produce daily, as other countries have also cut ties with Russia.

In a WSJ article, Scott Sheffield, Chief Executive Officer of Pioneer Natural Resources Co., stated that if global markets lose Russian supplies for a longer period, US shale drillers, along with oil-rich nations such as Saudi Arabia and Iran, might be the only ones capable of growing output enough to fill a sizable portion of the gap.

National inventories are the lowest they've been in 17 years as the US has become the world’s diesel supplier of choice. With exports draining US tanks, the East Coast is feeling the strain the most due to a lack of sufficient fuel making capacity there. The CEO of an East Coast Refining company that owns 350 gas stations, United Refining, stated to Bloomberg, "I wouldn’t be surprised to see diesel being rationed on the East Coast this summer. Right now inventories are low and we may see a shortage in coming months." However he doesn't foresee gasoline becoming extremely scarce, just very expensive.

As we mentioned in a previous update, this affects the supply chain because the average truck holds about 120-150 gallons of gas (depending on the weight of the commodity on the truck). It is now about $684-$855 just to fill up one time. Trucks get about seven miles per gallon on average. This is one of the reasons that shipping rates aren't decreasing as fast as freight volumes. Another reason is the cost to operate a truck has significantly increased over the pandemic. According to ACT data, a 3 year-old used truck could have been purchased for $69,000 in 2019. In early March 2022, the price of a 3 year-old truck had nearly doubled to $136,000 for a used truck, where an average monthly payment would be over $2,700 a month.

In addition to the cost of the truck, operating expenses of carriers are at much higher levels than before COVID. Maintenance, parts, insurance, driver wages, financing and fuel costs have all increased. With all of these increases, the operating ratio for dry van truckload carriers in 2021 across TCA’s benchmarking program, for example, ranged from 92 to 97. That means for every $100 of revenue the fleet generated, it generated an operating profit of just $3 to $8. This was before the fleet paid for any working capital lines of credit (debt) or taxes.

However there is good news for some shippers. Freight volumes nationwide have been slowly decreasing and shippers should see some healthy improvements in pricing. Within our previous update we predicted that rates in certain markets should start to decline in Q3 and that is proving to be true.

Consumer buying patterns are trending toward pre-COVID levels, and are shifting back to spending some money on services instead of mostly on tangible items, which is one reason shipping volumes are declining. Consumers are also becoming financially strained due to inflation and are being more cautious with how they spend. For an example, if consumers are now shifting buying trends from goods to services, those goods-producing companies may get stuck with too much inventory or the wrong inventory (as in out of season due to delays at the ports). This buildup of inventory, strained consumers, and shift in spend will inevitably lead to a slowdown in new orders, which will decrease tenders and tender rejections.

Also adding strain to the economy overall is that credit card spending has been accelerating at a time when personal savings rates have continued to decrease and move toward some of their lowest rates (last reading 4.4) since the Great Financial Crisis (4.5 in August 2009).

As always, MegaCorp is here to help. You can rely on us in any market and trust that we will deliver.

MegaCorp Logistics, founded by Denise and Ryan Legg in 2009 with decades of logistics experience, specializes in full truckload shipments (dry van, refrigerated, flatbed, intermodal, etc.) and less-than-truckload shipments throughout the US and Canada. MegaCorp is committed to creating long-term, strategic partnerships with our clients who range from Fortune 500 companies to regional manufacturers and distributors. We serve all business sectors of the US economy including (but not limited to) food, retail, government, textiles and metals/building materials. We strive to offer the best to our clients, transportation partners and employees – you can trust that we'll deliver!

Other Posts from Katie Braskett