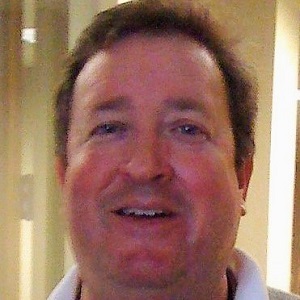 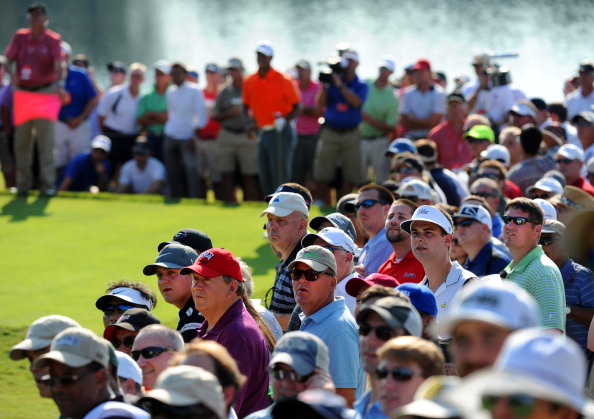 Like many in our region – and across the state - Alysa Bostick is awaiting the upcoming Wells Fargo Championship at Eagle Point Golf Club with much anticipation.

To Bostick, physician relations director for Wilmington Health, the Wells Fargo Championship is a unique and exciting way to simply say thank you to the doctors and nurses who give so much of their time and dedication to local residents.

“We recognized that having a national event in Wilmington was an opportunity for the city to be highlighted not just across the state but also around the country,” Bostick said of Wilmington Health’s decision to become a sponsor of the tournament’s Ocean Club package. “But we chose to focus our engagement on recognizing our providers. It’s an opportunity to thank them for their long hours of work.”

And what a thanks it is. The Ocean Club package allows for a fantastic view of the 18th fairway in an air-condition tent, with an upscale lunch buffet and bar.

“We really wanted our providers to be able to spend some time with their friends and family and enjoy this one-time event,” Bostick noted.

It’s that kind of sentiment to which attorney John Martin of Cranfill Sumner & Hartzog LLP can certainly relate. While he and Bostick are both aware of the tournament’s ability to shine a wide spotlight on Wilmington, for Martin, too, the real boon of the Wells Fargo Championship is on the people living and working here.

“Since Cranfill Sumner & Hartzog LLP has been a part of the Wilmington area for 16 years, we value this community and its close-knit atmosphere, and always look for ways to support it,” Martin said. “We felt that attending the tournament would be a great opportunity to celebrate the firm’s 25th anniversary and invite our clients to experience not only the championship but what Wilmington has to offer, as well. One of our firm’s top priorities is being a good neighbor to our surrounding community, and our attorneys and staff always look for opportunities to be involved, either on an individual basis or as a firm.”

That’s not to say Wilmington business leaders aren’t seeing the numbers and thinking of the long-term benefit from being involved in the Wells Fargo Championship.

“Like many leading businesses in the greater Wilmington area, BB&T is a corporate partner for the golf tournament so that we can show our support for the largest sporting event to ever be hosted in our community,” Charlie Mattox, market president for BB&T. “Smart companies understand this is a big opportunity to showcase their businesses and project a positive image, not only to the thousands of visitors present for the event, but also to the millions of people watching around the world. All eyes will be on our community, and as business owners, we need to make sure that we project the image that we want the world to see.”

But part of what local companies want the world to see is Wilmington’s rare mix of small town charm and cutting-edge industry, of beachfronts and urban cityscapes, of natural beauty and thriving arts.

The Wells Fargo Championship is a once-in-a-lifetime chance to show all Wilmington has to offer.

Working with strategic consultants Eckel & Vaughan, the Wilmington Chamber of Commerce developed the “Choose Cape Fear: Discover Opportunity” initiative for that very purpose – to promote the area’s assets and show that the Cape Fear is a great place to live and do business.

One reason why, Bostick said, is the people.

And when it comes right down to it – behind the facts, figures and numbers, beyond economic impact and tourism dollars – people are what’s most important to Wells Fargo Championship organizers, as well.

In addition to providing charitable support to local non-profits within each host city – this year, The First Tee of Greater Wilmington is the primary beneficiary - tournament organizers, much like Bostick, believe in the importance of giving thanks.

The tournament offers a chance for others to do the same with its Patriot Supporter Program, through which businesses and individuals can provide tickets for active USO members and their families.

For more on the Wells Fargo Championship, visit the website at wilmington.wellsfargochampionship.com.

Lee Patterson has been the Director of Communications for the Wells Fargo Championship since 2003, after spending 15 years as Media Director for the PGA TOUR.

Other Posts from Lee Patterson