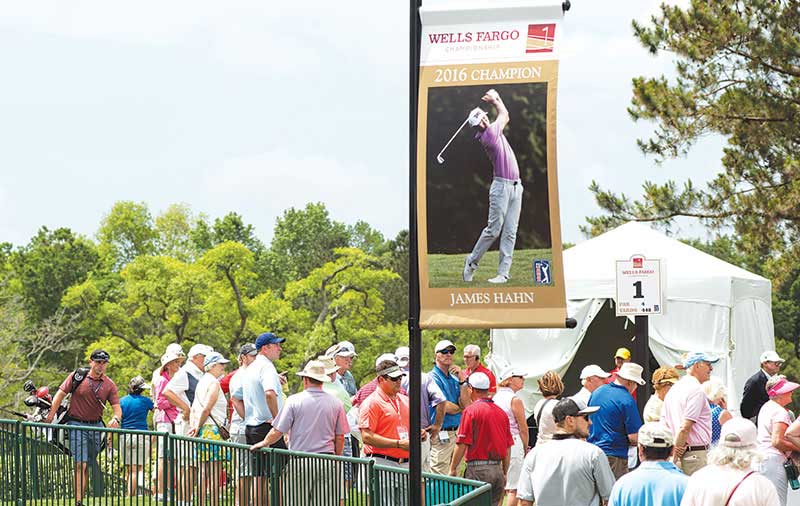 The eyes of the golfing world turned to Wilmington in May during the Wells Fargo Championship golf tournament held at Eagle Point Golf Club.

It was the first PGA Tour event in Wilmington in 47 years, bringing a crowd of spectators to the region and competitors from around the world May 1-7.

During the event, on-course chalets provided a hub to showcase local businesses and a place for those spectators learn more about the region while watching the what was happening on the 18th green.

On the economic front, the event teed-off a regionwide marketing campaign called Choose Cape Fear and was used by economic development leaders to pitch the area to outside employers and site selectors.

The event also drew an influx of visitors to regional retailers, hotels and other businesses outside the tournament.

At the time the region was gearing up for the tournament, it was estimated the PGA Tour event would have a projected economic impact of between $40 million and $60 million.

The event also brought a bump in activity for Wilmington International Airport, according to officials.

Between April 28 and May 8, ILM saw an additional 1,359 passengers, a nearly 11 percent increase in passengers for that same period in 2016. Air Wilmington had 87 aircraft that arrived and departed from the airport due to the golf tournament.

After the tournament, the Choose Cape Fear campaign continues efforts to try and keep the region in the national spotlight, pitching story ideas to various national and regional industry-specific publications “to create awareness and a better understanding of the assets we have to offer in the Cape Fear region,” said Natalie English, president and CEO of the Wilmington chamber.