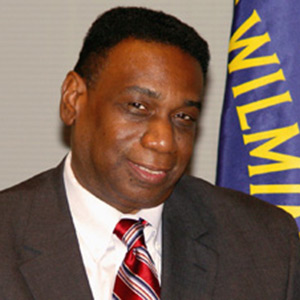 The Economic Impact Of Housing Affordability

Tweet
Affordable housing /housing affordability is not only a hot topic here in Wilmington, New Hanover County, and the Cape Fear region Just type those two words into any Internet search engine and you will see that high housing costs are a topic of discussion in nearly every city and town, big or small, across the nation. It’s right up there with the many reports on rising rents, increased construction of rental apartments, high developer costs, stagnating wages and decreasing homeownership, all of which are connected to the topic of affordable housing.

While the reports and discussions themselves can be somewhat depressing, there is a positive side to the talk: with increased discussion comes increased understanding. Readers and community members who are not as familiar with this cost struggle are learning that affordable housing is not all public housing or subsidized housing, but housing where costs must be managed on a modest income, such as those earned by our police officers, nurses, retail workers, baristas, restaurant managers, hotel staff … the majority of our neighbors and friends who make up our community. The trick is taking the increased understanding and turning it into action to maintain the character and diversity of our community, as well as maintain and build an economy and quality of place for all residents. Frankly, knowing the problems of affordable housing, “What are we as a community going to do about it?”

According to HUD, an estimated 40 million renter and homeowner households across the country are paying more than 30 percent of their income on housing costs, while 12 million of those pay more than 50 percent of their income for housing. That’s nearly one in three of all households (123.2 million in 2014) that are cost burdened, and nearly one in 10 of all households that are severely cost burdened.

These national trends are confirmed by The Joint Center for Housing Studies of Harvard University, which releases its annual benchmark State of the Nation’s Housing report every summer and is an essential resource to both public and private policy makers. The study’s most disturbing finding: A family with one full-time worker earning the minimum wage cannot afford the local fair-market rent for a two-bedroom apartment anywhere in the United States.

Here are other additional key facts in the report: Locally, the statistics are similar, if not worse, according to the City of Wilmington’s “Consolidate Annual Performance and Evaluation Report (CAPER)” and backed up by New Hanover County’s “Garner Report/Pathways to Prosperity.” *Please note that these are HUD guidelines. New apartments in Wilmington are averaging higher: One Midtown Apartments off of Oleander Drive rents for $995 to $1,745  a month here, while City Block Apartments downtown rent for $995 to $1,600 a month, for one and two bedrooms.

Understanding some of these national trends, and looking at what is happening locally, it is easy to see that our region is more housing cost-burdened than the national averages.

To pay for these burdening housing costs, a family and household relies on its salary and take-home pay. The better paying your job, the easier your housing costs should be. But according to the FOCUS Regional Planning Consortium, in 2009 the Wilmington Metropolitan Statistical Area (MSA) contained 58 percent of our local jobs as low-paying sales and service jobs, making $18,000 to $32,000 per year, where it is estimated that it takes between $50,000 to $62,000 to live on average, per household. Similar data is found in the Garner Report, where employment growth is shown as slow and sporadic, our average weekly local wage is nearly $200 below the national average, and housing costs are rising.

Here are some typical average salaries in our area: It is easy to see that wages earned by a majority of our local community residents don’t provide enough income to afford the housing available. Families are working to live on just the basic necessities such as housing, food, transportation and health care, with little if any discretionary income to put back into our local economy and enjoy the quality of life that Wilmington can provide.

The Garner Report reported on this disconnect, as did the focus groups they engaged and the survey responses, identifying our strengths of “Quality of Place and Recreational Amenities,” while recognizing our challenges to “Economic Development with a Lack of Broad Employment Opportunities,” “Poor Worker Quality,” and “Increasing Housing Costs.”

So in answering our question, “what are we going to do about affordable housing” here in Wilmington, the solution could be higher wages, attracting higher wage jobs, achieving lower housing costs, and increasing the education of our local workforce. The Garner Report recognized that companies moving to Wilmington would look for the availability of skilled labor, while also being concerned about moderate housing costs and housing availability. We must strengthen our existing business sectors and identify emerging ones to increase private investment, job creation and wage growth, as well as provide housing that is affordable to all, from the local retail worker at Mayfaire, to the recent UNCW graduate who wants to stay in Wilmington, to the Wilmington police officer, to the EMT and nursing staff at New Hanover Regional Medical Center, and the new teacher at Hoggard High School.
These are our neighbors, our friends … the community that we interact with every day. A majority of our workforce, perhaps up to the 58 percent, are most likely having difficulty making ends meet. Not only are they not contributing to the local economy as their wage goes completely to life’s necessities, but they are also in danger of making trade-offs for other life essentials, such as food, medical care, education and child care.

The next time you see one of the many articles or discussions about affordable housing, remember that the discussion is about every community, including ours. It’s about the people that live on our block, in our neighborhood, in our community, that work in our city, in our county and in our region. We are all asked to contribute back to our community, but unfortunately a majority of us just don’t have the cash to do so. We know the problems, and together, we can find the solutions!

Earl Sheridan, Ph.D., is a native of Wilmington, North Carolina, and a Councilman for the City of Wilmington. He is currently serving his third term in office. For more information about the city’s efforts for affordable housing, visit https://www.facebook.com/wilmingtonhousing or go to http://www.wilmingtonnc.gov/community_services/housing.

Other Posts from Earl Sheridan

What Makes Up The Costs Of Housing?

Examples Of Partnerships For Housing Affordability