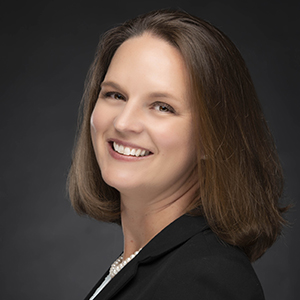 Over the last year or so, I have spoken often on the importance and urgency of expanding Medicaid in North Carolina. This week I cede the floor, and my column, to John Chaffee, former CEO of NCEast Alliance and member of Care4Carolina, a non-profit dedicated to closing the insurance gap across North Carolina. Through his work with NCEast Alliance, John knows something about the importance health care infrastructure and insurance security plays in economic development and stability to a region.

Nothing this state can do would yield broader economic benefits than closing the health insurance coverage gap by expanding Medicaid.

Thirty-eight states – red, blue and purple – have already discovered they would benefit from closing the health insurance gap. If implemented in North Carolina, every single county would benefit. There would be an estimated growth of at least 37,000 new jobs in this state, mostly in medical and healthcare-related professions, and in fields with relatively high wages, including insurance, real estate and construction. There is no recruitment project that could yield this many jobs in as many places.

As a longtime economic developer, I know you have to get into the nitty gritty of any development deal. Once you do this analysis, I’m confident you’ll be on board, too.

Closing the “coverage gap” refers to those who earn too much to qualify for Medicaid but not enough to get help in the private insurance marketplace. An estimated 400,000 people would have access to affordable, reliable health insurance when we expand Medicaid.

In North Carolina, 76 percent of those who would be eligible under an expanded Medicaid program are working yet still find themselves in financial straits. This feels wrong, but there’s a remedy.

Studies have shown people on private health insurance plans would see lower premiums – an 11 to 12 percent reduction in states that chose to close the gap. That frees private funds to get to work on the economy.

North Carolina would see jobs spread across the state, including in very rural areas hit hard by economic pressures. More than $4 billion of increased personal income in North Carolina would increase the state’s take of income and sales tax. Better access to health insurance, and better health care, has other significant economic benefits.

Expanding Medicaid would bring in more federal dollars. The track record in other states shows that Medicaid expansion encourages unemployed workers to look for jobs.

Medicaid expansion will help people prevent or detect health issues early and implement care that will keep them out of emergency rooms – a big improvement for hospitals’ financial performance.  Rural hospitals are most at risk of financial stress and closure due to lower rates of private health insurance and higher rates of uninsured. Over the past several years, rural hospital closures have been higher in states that have not expanded Medicaid. Other than government (including public schools), hospitals are often among the largest employers in rural counties.

According to the online Coverage Gap Impact Map compiled by the 135-member Care4Carolina coalition, closing the gap in New Hanover County/Greater Wilmington would create an estimated 876 new jobs, $192,800,000 in new business activity, and $2,671,000 in new county revenue.

Additionally, better worker health yields direct benefits to employers. According to some corporate studies, unhealthy workers had absenteeism rates nine times that of healthy workers. Plus, I know from experience that companies thinking about locating or expanding to Eastern NC (including Wilmington) want and desperately need a vibrant – and yes, healthy – talent pool to pull from.

The lack of health insurance, or the fear of not having it, discourages people from starting a business. Entrepreneurs tell me if their spouse didn’t have a good job with health insurance that covered their family, they would have hesitated to leave their jobs to start a new business.

We can’t afford to squelch that entrepreneurial fire.

I think we can all agree that helping our friends, family and neighbors detect and deal with devastating diseases is valuable – in fact, priceless.  And would help our businesses as well.

John Chaffee is the former President/CEO of the NCEast Alliance, a regional economic development agency serving more than 1 million residents within several small metropolitan and micropolitan areas from the fringe of the Research Triangle to the Atlantic Coast.

Michealle Gady, JD, is Founder and President of Atromitos, LLC, a boutique consulting firm headquartered in Wilmington, North Carolina. Atromitos works with a variety of organizations from health payers and technology companies, to community-based organizations and nonprofits but their work reflects a singular mission: creating healthier, more resilient, and more equitable communities. Michealle takes nearly 20 years’ experience in health law and policy, program design and implementation, value-based care, and change management and puts it to work for Atromitos’ partners who are trying to succeed during this time of dramatic transformation within the U.S. healthcare system. Outside of leading the Atromitos team, Michealle serves as a Board Member for both the Cape Fear Literacy Council and A Safe Place and is a member of the American College of Healthcare Executives and American Health Law Association.


Other Posts from Michealle Gady

We Need To Simple Better: But How Do We Get There?

Medicaid Transformation: “The times they are a’changin’" (hopefully)

Walking the Walk: Creating and Sustaining “Speak Up Culture” at Work (or risk having your employees walk out on you)

Straight Talk on Tech: Implementing IT in Health Care

To All The Ladies: We’ve Got This!

Out of Sight, Out of Mind: Not a Solution to Homelessness

#BreakTheBias: Moving from Words to Actions

Parents: Do You Know Where Your Children’s Data are?

Recognizing The Critical Role of Literacy

Back To Basics: Revisiting The Fundamentals of Medicaid Transformation as it Relates to Patient Care

A Tribute To Women and Their Private Acts of Courage 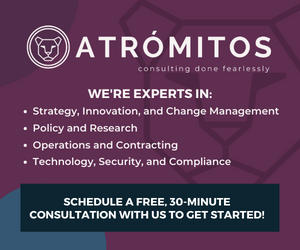