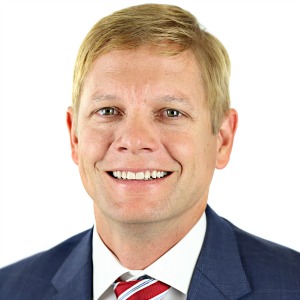 W.M. Jordan Tees Up For The Wells Fargo Championship

As many of us know, Wilmington will host the 2017 Wells Fargo Championship. This official PGA TOUR event will be held at Eagle Point Golf Club the week of May 1-7.

Like many, W.M. Jordan Company is excited to get in on all the action! We will enthusiastically welcome a tremendous number of visitors to the area, and we will also seize the opportunity to showcase the promising future of business and opportunity in and around the Port City.

Tens of thousands of visitors are expected to flock to the region, with an estimated 25,000 attending the Wells Fargo Championship each day, according to New Hanover County representatives. Not to mention, the event will be viewed by a national and international television audience of one billion potential households across the globe that will be familiarized with Wilmington and the surrounding area through HD television coverage and blimp views of our spectacular coastline.

The region has already taken advantage of the chance to self-promote all the Cape Fear region has to offer: beautiful beaches; great weather; luxurious golf courses; an international airport; UNCW; a well-educated and trained workforce; expanding infrastructure; the Port of Wilmington; and a high quality of life.

As one of the fastest growing regions in the southeast, Cape Fear’s opportunities for new business, growth and expansion are promising. Hosting one of the biggest sporting events in the region will be another high point for the regional résumé. The economic impact for cities, including Wilmington, that host a PGA TOUR event, is estimated to be between $40 and $60 million.

W.M. Jordan looks forward to entertaining friends and clients the week of the event. Our intention is not only to exhibit W.M. Jordan Company’s portfolio and progress across the Carolinas, but also to shine a light on the region and inspire long-term interest in the area.

This opportunity to encourage regional development compliments W.M. Jordan’s ongoing business development efforts. We have been presented with a rare opportunity to showcase Wilmington and its successes, as well as its competitive advantages. The goal is to generate lasting investment in, and impact on, the Cape Fear region.

As a sponsor of the 2017 Wilmington Business Journal Power Breakfast Series, the W.M. Jordan team gathered with other members of the Wilmington Business Community at the first breakfast of the season, which was in full support of the 2017 ­­­Wells Fargo Championship. The collaboration of residents, government agencies, community leaders and Wells Fargo Championship representatives - to address concerns, keep the community informed and ease apprehensions related to the event - is impressive.

Traffic patterns, shuttle services and other logistics have been intricately planned and communicated throughout various media and print outlets. For the most up-to-date information on the event, check out wellsfargochampionship.com.

It was also exciting to hear more about the expansive support and targeted marketing initiatives in the community to promote local attractions, businesses and opportunities associated with the 2017 Wells Fargo Championship.
In conjunction with the Wells Fargo Championship, the Wilmington Chamber of Commerce has officially launched the “Choose Cape Fear” marketing campaign to promote the region as an ideal intersection of infrastructure, resources and lifestyle crucial to a successful business start-up, expansion or relocation.

According the Wilmington Chamber, this “integrated marketing campaign aimed at generating long-term business interest, investment and impact in the Cape Fear Region. The campaign’s mission is to raise awareness of the region’s expansive business infrastructure, and to attract and spur economic development for the future.”

After the tournament, the initiative calls for more national print advertising in trade publications, as well as a presence at national conferences and industry weeks around the country. It also encourages additional local and regional event sponsorships for continued brand awareness.

Another initiative, developed by Wilmington Downtown Inc. (WDI), is a plan to bring more people downtown during the week-long tournament. WDI serves as the economic and social hub for the region. CEO Ed Wolverton mentioned golf-centric events and the use of social media to bring in business. The organization intends to utilize its strong social media platforms to educate people about new businesses in the Wilmington area, as well as local attractions, events and community interests.

W.M. Jordan Company is thrilled to extend our corporate support of the event, and we look forward to gathering greenside with clients, friends, colleagues and other members of the business community to eat, drink and swap ideas alongside the PGA TOUR action.

Robert Beale opened W. M. Jordan’s Wilmington office in 2012 with five employees. In four short years, staff has grown by 500 percent and two office expansions. Twenty-five staff members now serve clients in North and South Carolina from the office on Eastwood Road. Rob began his career with W. M. Jordan Company in 1996 while still in college at Virginia Tech. Rob joined the company full-time in 1998 as a project engineer upon graduating with a Bachelor of Science degree in building construction. In his 21 years with W. M. Jordan Company, Rob has managed nearly 70 projects representing over $500 million in contracts. Rob’s experience spans nearly every aspect of construction service delivery. Starting as the company’s first intern, Rob grew as a construction professional, taking on increasing levels of responsibility and new leadership roles. He’s worked in diverse capacities as a project engineer, project manager, estimator, project executive, office manager and business developer. He is also an active member of the Association of Builders and Contractors (ABC).

Other Posts from Rob Beale

The Key to Project Success

The Power of Learning and Development

Adding Value to Business Through Internships

Linking Parenting & Leadership from One Generation to the Next

The Value of Visual Technology

The N.C. Azalea Festival: What it Really Means for Our Community

Preconstruction: A Plan for Success

BIM: A Game Changer For The Building Process