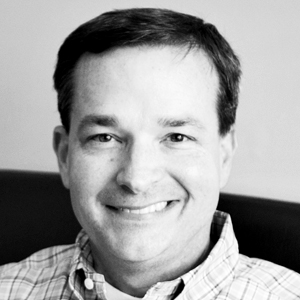 Breaking the Internet: 6 Ways Social Influence Can Grow Your Brand

Why are your dog’s photos more popular than yours?

How come a little British boy received over 860 million video views after he stated, “Charlie bit me.”?

New York Time Best Selling Author and Wharton Business School professor Jonah Berger created a six-step framework for viral success. In the book, Contagious: Why Things Catch On, you’ll read his explanation of what they are and how to use them to spread any idea.

Here are his six “STEPPS” to contagiousness:

As humans, we are inherently social. We walk, talk and act in ways that position us positively in the eyes of others. Social currency is what we tell others to build ourselves up.

To do that, Berger said it best – “Give people a way to make themselves look good while promoting their products and ideas along the way.”

So, how can you do that?
Ask yourself this – when people talk about your idea or product, does it make people look good or feel intelligent? Be sure to find the inner remarkability and make people feel like an insider.

And because triggers make things top-of-mind, they also shape what we talk about and how we behave.

Connect your message to a situation that your kind of customer frequently experiences, so it triggers them to think of your brand whenever they are in that situation.

The “E” in STEPPS is for emotion. More specifically, high-arousal emotions like happiness, humor and even anger play a heavy role in your message being spread.

United Airlines learned this the hard way. Here’s that story.

Dave Carroll, a guitarist, checked his $3,500 guitar when he boarded a flight. To his horror, when he was getting settled before the flight a woman yelled out, “My god, they’re throwing guitars out there!”

He frantically talked to employee after employee until he was told that they could resolve the problem when the plane reaches its destination. Needless to say, the guitar was ruined, and he was never reimbursed for the damages.

In response, Dave wrote a song detailing the event titled, “United Break Guitars.” In just four days of posting this video, it had 1.3 million views and United Airlines’ stock price dropped 10 percent. The anger – and a little bit of humor – people felt when watching this video caused it to go viral.

Does talking about your idea or product generate emotion? If not, think about how you can ignite the fire as Dave did. Focus on feelings rather than function.

Think back before iPhones and Air Pods, back when you got your music from CD Players and cassette tapes. When portable music devices first came out everyone from kids to their parents would have headphones in their ears.

So, imagine you pop in your favorite artist’s CD, put on your headphones, and take a stroll around town.

If you were to look around at others listening to music, you’d see a sea of black and silver headphones similar to the ones you were wearing. It wasn’t intentional; that’s just the color every device’s headphones came in.

Fast forward a few years when Apple released its first iPod. They did something revolutionary – they made their headphones white!

By simply changing the color whenever you saw someone wearing white headphones you could guarantee that they were listening on an Apple device. They ran wildly successful commercials to show that they were different, like the one below. 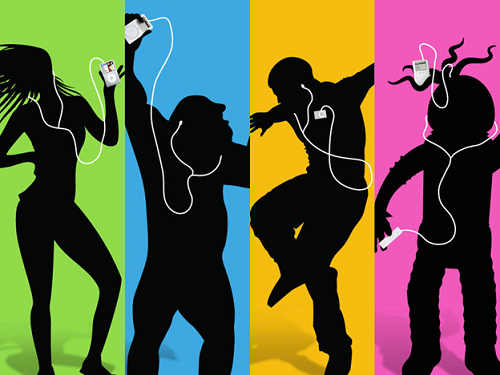 The more public something is, the more likely people will imitate it. So, think about how your product or idea can advertise itself and how to get other people to notice others using it.


Practical Value: News You Can Use

Ken Craig is an 86-year-old man who accidentally made a viral video about corn. Ken showed his daughter-in-law how to remove the silky thread-like strings from corn that easily get stuck in teeth.

She thought it was so helpful that she recorded him explaining the process and since the video was posted its collected more than 5 million views.

Why did his video go viral? Because it had added practical value to the people watching it. Useful things get shared. So, highlight incredible value and expertise, so that people can easily pass it on.

Stories are the most compelling way to spread your message. So much so that the blender company, Blendtec, was able to use them to grow their business exponentially.

A few years ago, Blendtec hired a new chief marketing officer. He was getting settled in and noticed a man putting tennis balls in their blenders.

He asked the man, who turned out to be the CEO, what he was doing. The CEO replied saying that every day he picks a random object and puts in the blender to see if it would break it. Their blenders are so durable that you can put anything in them, and they’ll never break.
By blending everyday items and posting them on YouTube with cheesy music, their story was created. Blendtec has almost one million subscribers, has amassed priceless exposure, and blender sales have skyrocketed.

So, ask yourself, What is my business’s unique story? Telling a good story about your company is a sure-fire way to reinforce your brand.

Marketing content can be a powerful and effective way for your target audience to engage with your brand. By understanding why people talk and share, we can craft contagious content using Berger’s STEPPS to get products and ideas viewed.

At WDC, we believe honest business and innovative design go hand-in-hand. Our talented team of designers, marketers, and developers are as diverse as their work. We offer a range of services from creative web design and development to digital marketing strategies and branding solutions tailored specifically to your business. Contact Bill at [email protected] or visit www.wilmingtondesignco.com.

Other Posts from Bill Hunter

Out With The Old, In With The New - Agile Marketing For Real Estate

Don't Rely On Luck for Your Marketing - Are You Investing Or Gambling?

Is Your Phone Listening?

Planning Your Marketing for Seasonality

Remember When We Used to Watch TV?

What the Heck is Google RankBrain?

4 Reasons Why Your Website Doesn't Need an Image Slider

How To Save Dunder Mifflin

Color Me Impressed: Putting Color to Work for Your Brand

The ABCs of CRMs

Fake News! Read All About It

The Power of Instagram: What Digital Marketers Learned from Fyre Festival

Google Ads are Changing for the Better: How to Keep Up

Data is More Useful with Visualization

Doodle for Your Noodle

What Do Dolphins Eat? Lessons in How Children Search Google

Our Common-Sense Approach to Web Design

The Rise of Conversational Marketing

What’s the ROI of a T-Shirt?

The 80/20 Rule for Smart Business Growth

Google My Business: Satisfying Our Need for Immediacy

USP: Give Me A Reason to Do Business with You

Using the Science of Persuasion for Your Business

The Rise of No-Click Search Results

Business Referrals: Are You Missing an Opportunity?

Four Types of Emails I Actually Open and Why

Marketing to the Short Attention Span

Most B2B Leads are Not Sales Ready: What You Can Do About It

Why Were These Our Most-Read Insight Articles in 2017?

Would You Do Business With You?

Would Don Draper Have A/B Tested? - Going With Your Gut Versus Using The Data

Online vs. In-Store: Hard Work Makes All The Difference

STOP! The Simple Lessons Road Signs Teach Us About Branding

Don’t Set it And Forget It

If Social Media Is A Cocktail Party, Is Your Business A Wallflower?

We Surveyed 275+ Local Businesses… What We Found Might Surprise You!

‘My Pleasure’: Why Customer Lingo Matters

Turn Lemons Into Lemonade: How To Handle Negative Reviews

Three Ways To Be Smarter With Your Web Data

Marketing In The Micro-Moment

Hey, Who Moved My Customers? 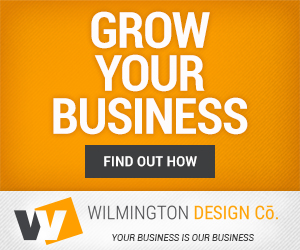